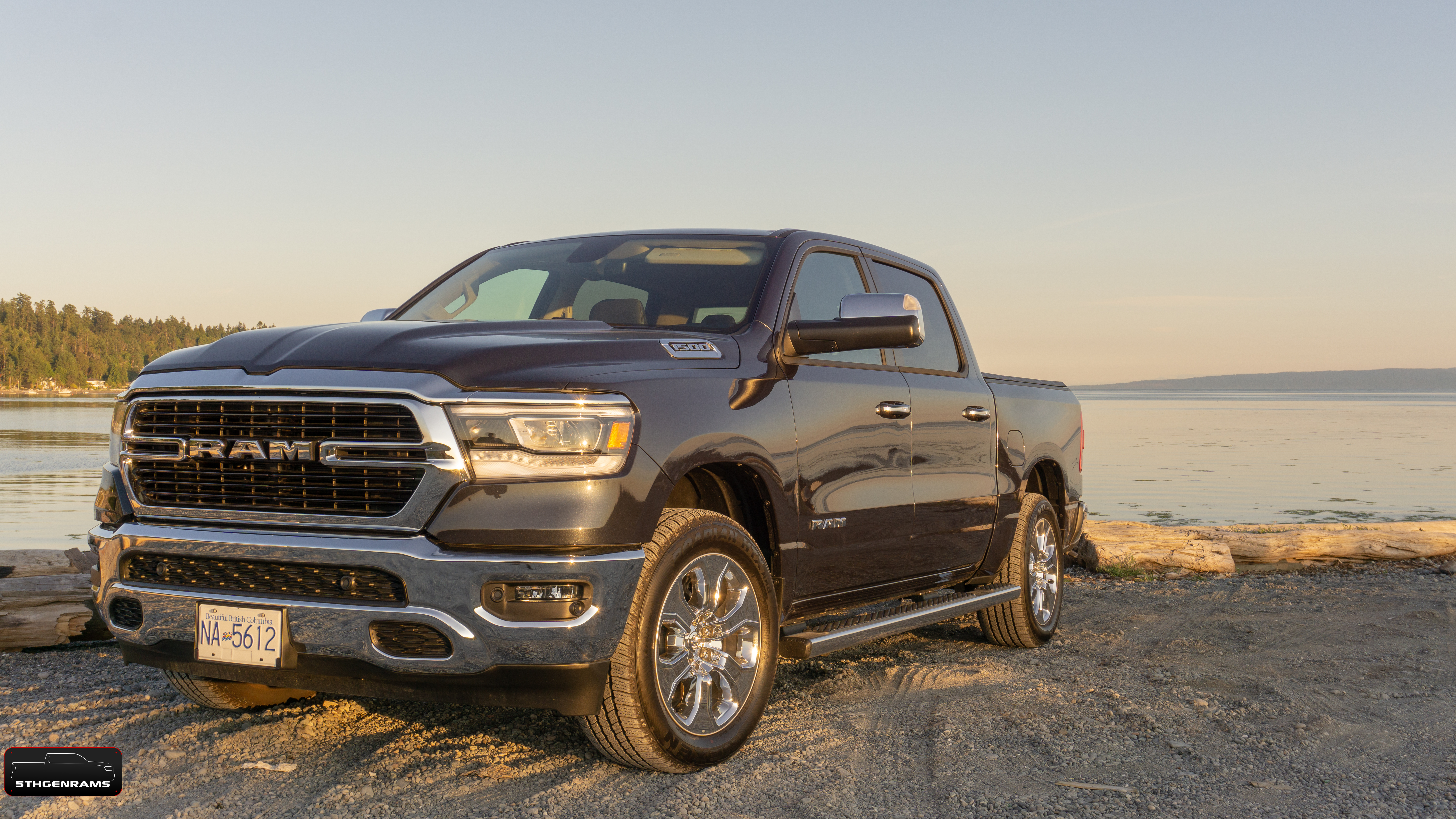 
This week we have a 2019 Ram 1500 Big Horn Crew Cab 4×4 in the garage thanks to our friends at RAM Canada. As with the Ram Rebel that we recently had we thought what better way to start the week off than with our highway MPG loop. Being a V6 Big Horn, I was very curious to see how it would do compared to the 5.7-liter Hemi V8 powered Rebel we tested back in May. 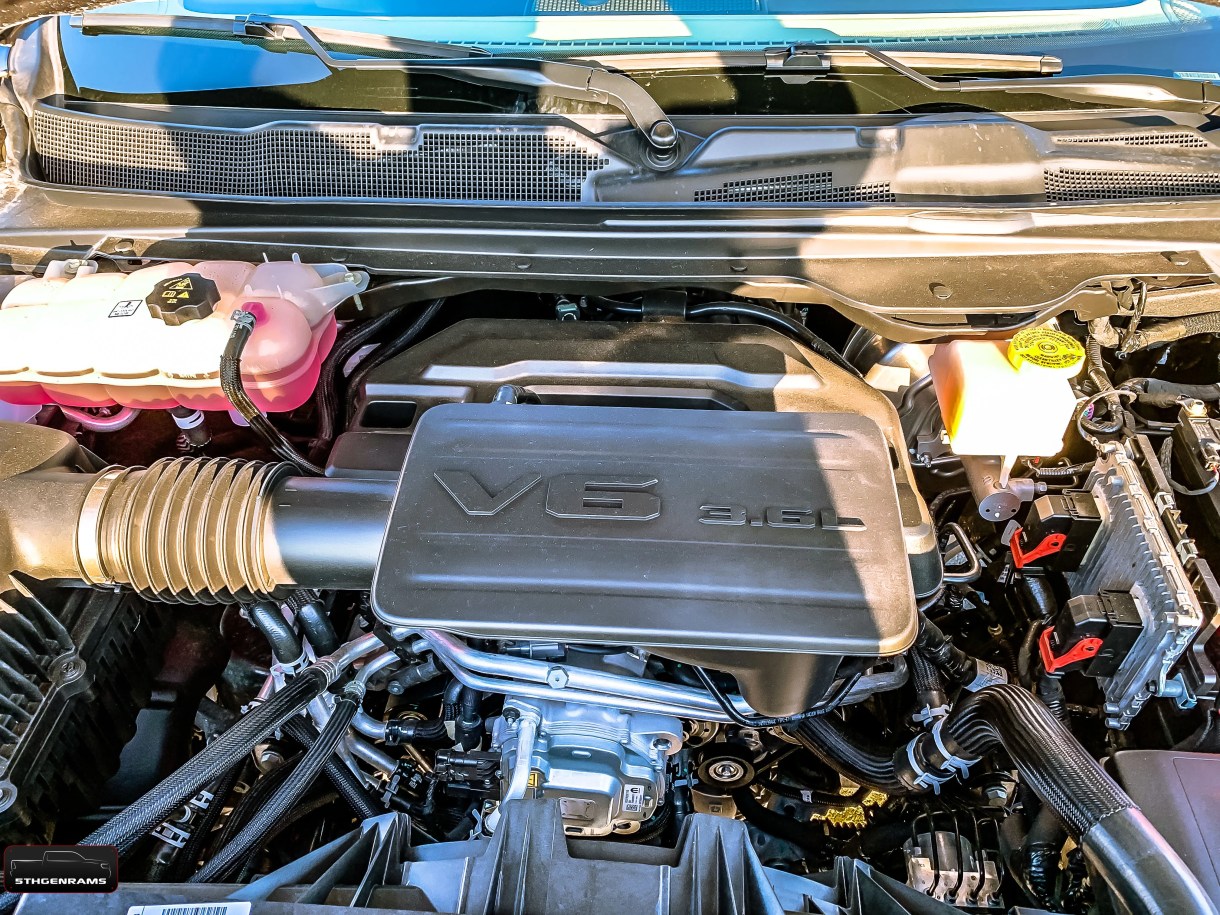 This truck is my first experience driving a 2019 Ram 1500 powered by the updated for 2019 Pentastar V6 with eTorque, according to the build sheet it also has the standard 3.21 rear end. There were many changes to the Pentastar for 2019, including the addition of variable valve lift, a cooled exhaust gas recirculation system and most notably the addition of the standard eTorque system. The eTorque system replaces a traditional alternator with a belt starter generator that connects to the engine crankshaft via a serpentine belt. Mounted to the back wall of the cab is a 48 volt, 430 watt-hour lithium-ion Nickel Manganese Cobalt (NMC)-Graphite battery. The battery pack includes a 3-kilowatt DC-to-DC converter to maintain the battery’s state of charge and convert 48 volts to 12 volts to power the Ram 1500’s accessories and charge its conventional 12-volt lead-acid battery.

While simple in it’s design, the eTorque system provides benefits in 6 different ways. While eTorque equipped vehicles still have a conventional 12-volt starter, it is only used on cold starts and during the vehicles first start of the day. The rest of the time, including when the belt starter generator controls the engine auto stop/starts at traffic lights or when stuck in traffic. This allows for much smoother engine shut-offs and much faster and smoother restarts compared to other auto stop/start systems without the audible noise of the starter turning the engine over. The system is so good that you don’t even notice it unless you are really paying attention during its operation, while I am no fan of traditional stop/start systems this system is seamless and I don’t see why anyone would turn it off, even though you can.

To keep this article short and focused on the highway MPG test, we will go through the five other modes of eTorque operation later in our full review. What I will say is that all of the benefits from the eTorque system will help for around-town driving as opposed to highway driving as on our MPG loop here. 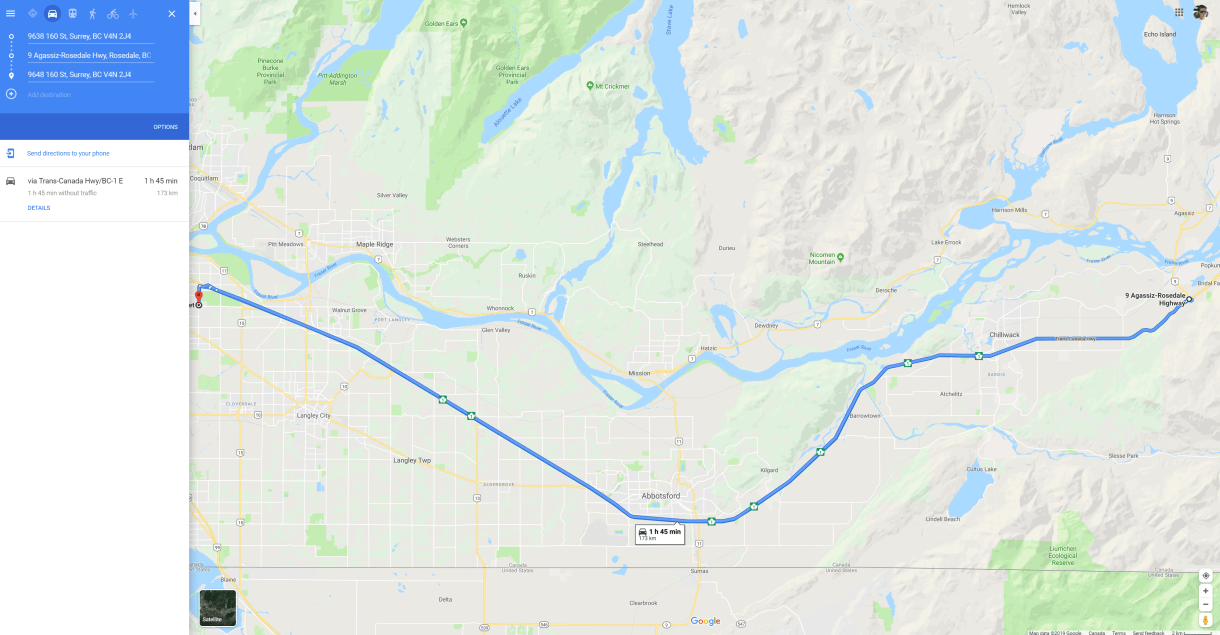 Our route is a roughly 173 kilometer (108 mile) stretch of Highway 1 starting at a Chevron station 2 kilometers from a highway on-ramp in Surrey, British Columbia, exiting at a highway off-ramp near Bridal Falls and looping back onto the highway to return to the same Chevron station to fill up again and calculate the fuel economy. 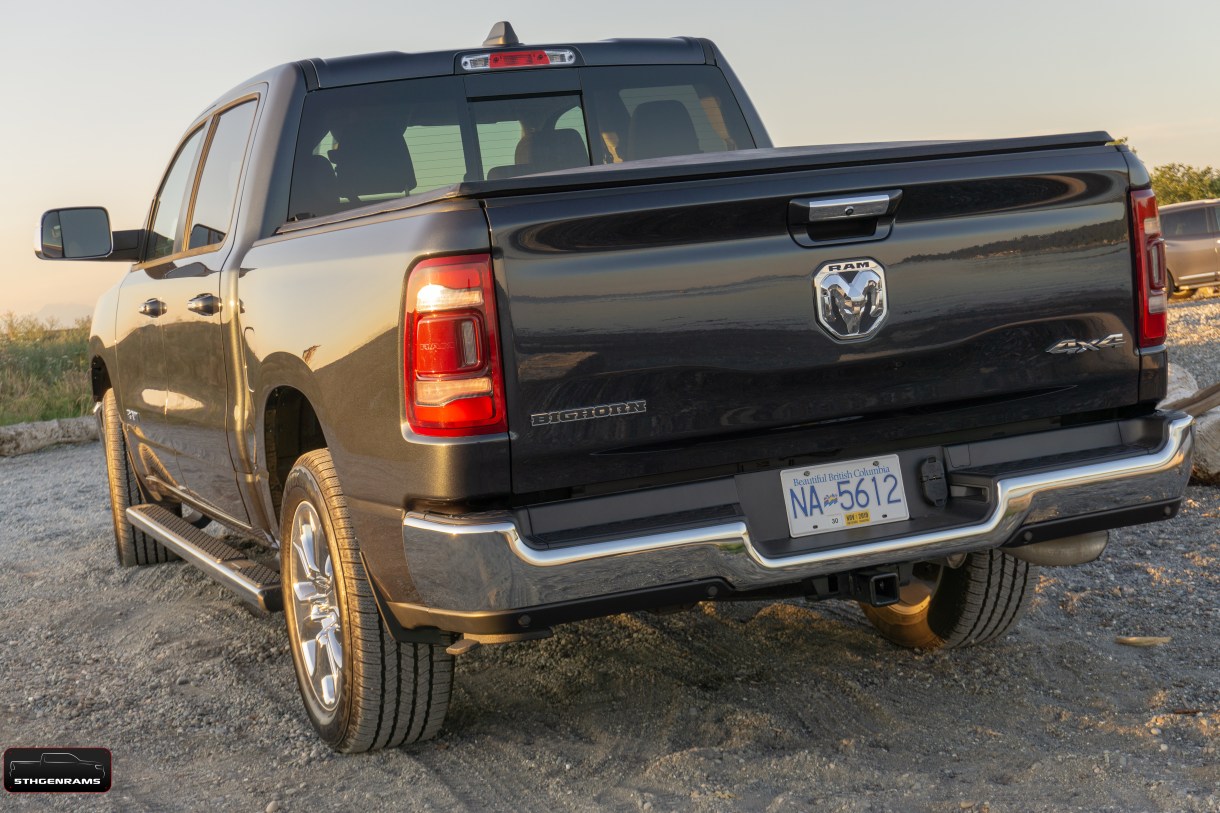 Once on the highway, we set the cruise control to 113 km/h (70 MPH) and tried to maintain that speed as best we could, only slowing down for traffic. It is also worth noting that this stretch of highway is not perfectly flat, with some hills each way but is nowhere near being a mountain pass. At the halfway point, the trip computer was showing 10.4 liters per 100km (22.6 MPG) as we turned around to head back to the gas station. When we arrived back at the gas station the trip computer was now showing 10.6 liters per 100km (22 MPG) with a total distance traveled of 172.3 kilometers (107.7 miles) which took us 1 hour, 39 minutes and 34 seconds giving us an average speed of 103.8 KM/H or 64.5 miles per hour.

The truck took 19.034 liters (5.02 U.S gallons) of fuel which hand calculated comes out to 11 liters per 100km (21.3 miles per gallon). Those results put it pretty close to the 12.07 liters per 100km or 19.5 MPG that we got out of the last 5.7 Hemi Rebel that we tested. While I will say that I was a bit disappointed by the result, I have seen other publications get much better numbers so our findings could be a bit of an outlier. It was also a nice clear sunny day when we tested the Rebel, and it was rainy and muggy while we tested this truck, which could have affected the results. I have a feeling that when we publish our full review after a week with this truck that the overall fuel economy will be much better than what we got after a week with the last Rebel, but that remains to be seen.
Last edited: Jul 11, 2019

Stormageddon, Dark Lord of All

I think 21.3 mpg sounds about right. My truck is substantially heavier and my best highway tank during road trips over the holidays last winter hand calculated at 19.88 mpg.
B

Did the mpg go up at all on the second half of y'all's trip?
J

Am very curious how a similar truck build, but with the 3.55 Gears, would fair? Wondering if the 3.55 gearing would help the mpg's in those Up Hill Situations versus the 3.21? Your thoughts? I ask cause I'm seriously considering a V6 as a Laramie QUAD w/ORP and not a whole lot more . . . don't want either of the Options Packages #1 or #2 with the Electronic gizmos ! I haven't looked at any Door Labels as far as Truck actual weights -- V6 Quad w/ORP (added weight of skid plates) versus weight of "regular" V6 CREW !? Anyone know the actual weight differences of these 2?
You must log in or register to reply here.